I feel like my blog posts on here are always about art and I wanted to try to mix it up, so this blog post is partly inspired by an earlier post by the lovely Violet, but also my newly discovered love for set production. I’m a film and tv fanatic for the plot and characters just like everybody else, but what really fascinates me is all the work that goes into film behind the scenes (if you will). Every set is specifically designed for that production and the attention to detail often goes beyond what the viewer might realize, but that’s what I love about it. You never know what might be revealed to you just by taking a closer look at the background and paying attention to the minor details. Below are just a few exemplary movies and tv shows that blew me away with their set production. (I do my best to avoid spoilers, but I would read at your own risk if you haven’t seen these particular movies or shows).

First of all, can we talk about the cast of this movie? Incredible. And who doesn’t love a good murder mystery? This movie had me on the edge of my seat the entire time as I tried to keep up with Detective Blanc and piece together the clues. Watching the movie for the second time around, it’s much easier to pick up on those clues and you often find those Easter eggs from within the background. In the very beginning of the movie we get a shot of a cheesy coffee mug that says “My house, my rules, my coffee.” We see this amidst a shot of Harlon’s mansion, which is insane in and of itself. You could pause at any moment and get lost in the decor behind the characters. My favorite scenes by far are the ones that take place in Harlon’s study. The twists and turns you have to make to get to his study and how it’s filled to the brim with books and oddities really helps to build on Harlan’s character. Okay, sorry, back to the mug. In the beginning, this mug seems rather pointless and to be just a prop, but it has quite the comeback at the end of the film. In the last shot of the movie we see the rightful owner of Harlan’s estate holding the mug covering all the words except for “my house” as the villain is escorted off the premise by police. In addition, throughout the movie an incredible painting of Harlan himself is seen multiple times. In the beginning of the movie and throughout the investigation Harlan’s portrait has a rather somber expression, but in the end when the mystery is finally solved Harlan’s portrait is seen giving a slight smirk.

I LOVE this movie. I love Elton John and this was a beautiful recreation of his story and the costume design, I mean come on! And Taron Egerton, enough said. Anyway, for this movie I want to specifically talk about the Crocodile Rock scene. The movie’s recreation of the Troubadour is fantastic and is just another amazing element of this period piece. The best part of this scene, in my opinion, is when the whole room freezes and the crowd is literally lifted off their feet. Not only is this just an iconic moment in the movie showing Elton falling in love with performing and illustrating the influence his music would have on the world, but the movie magic behind that scene is also quite interesting. In order to get the whole crowd to “float” the crew built long polls with multiple bicycle seats attached to it. This way each person in the crowd had a seat that would lift them into the air, while still making it look like they were naturally standing.

Okay people I saved the best for last. This is just going to be a crazy rant about how much I love this tv show on Amazon Prime. The plot is absolutely incredible and the show will have you invested into the wellbeing of its characters instantly. It’s filled with action, tragedy, mystery, history, and once again those groovin 70s. I don’t want to get too into the plot because I don’t want to spoil anything, but this series follows a group of Nazi hunters. I know it sounds crazy and that’s because it is, but it is so worth watching. Please check it out. I’m begging you and then contact me when you finish it so we can talk about it.

Anyway, this is the show that got me to be head over heels in love with set production. Unfortunately, there is only one season of the show out at the moment, but I’ve seen the whole thing twice and watching it for the second time allowed me to pick up on more of the set design in the background. One of the most interesting things about this show is that there is clearly a color palette for costume design and with a little research I found out that certain colors represent certain things. For example, red represents blood and characters that have blood on their hands can often be seen surrounded by or wearing the color red. Blue represents justice, green is for secrecy or militancy, and yellow is innocence. The main character, Jonah, is often seen wearing some sort of yellow whether it’s his jacket or shoes. In addition, the set designers did a great job at recreating an accurate depiction of New York City in the 70s. They showed the grime and the crime, yet still somehow have the viewer wishing they could be there.

I hope you enjoyed these movie magic fun facts about these three movies and tv shows. I’ll include the links to the articles and videos I used to learn more. I strongly encourage you to look into the set production of your favorite films and shows because you never know what you might be missing! 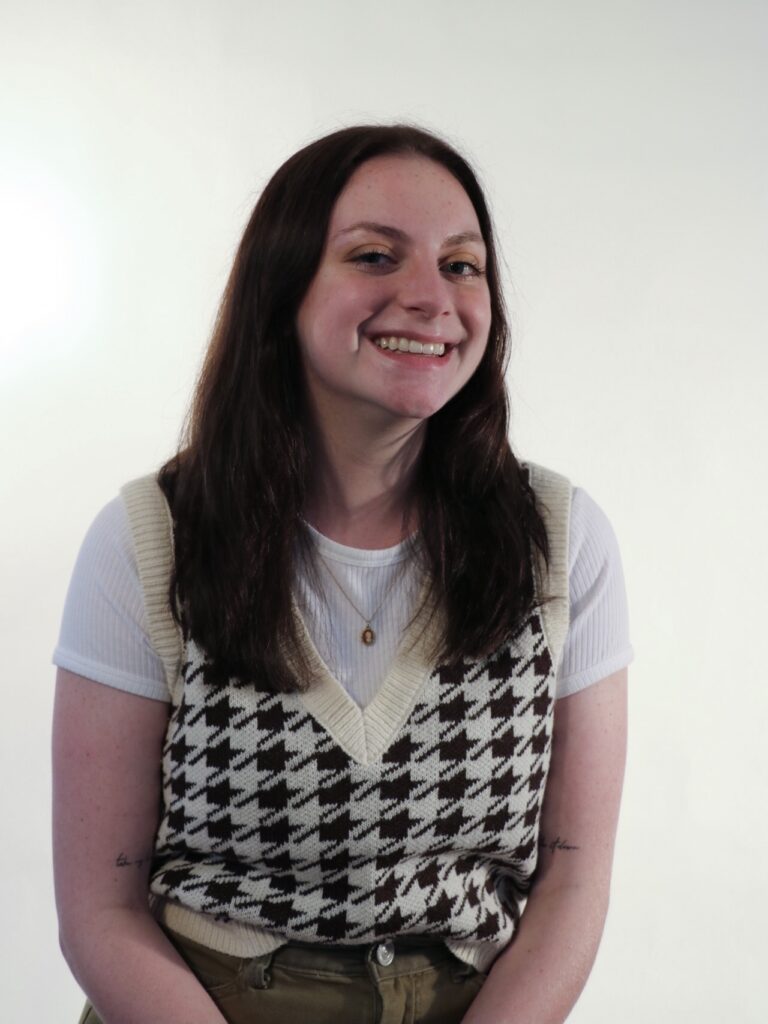 Hi, I’m Katie. I’m a studio art major, so it was a no brainer to join the Opus team. I enjoy looking at and discussing all mediums of art, but when I create it’s usually drawing, painting, or sculpture. I love creating and I love meeting other creatives. I think that’s one of the best parts of going into a creative field, the sense of community. We’re all just artists trying to get through this together. Cheers.