Being an art major, I’ve sat through my fair share of art history lessons, and going to a liberal arts school, I’m assuming that many of you have sat through these lessons against your own will to fulfill a gen ed requirement. I apologize if this is the case and I’m hoping you’ll find this post slightly more entertaining than class.

For those of you who have taken an art history course I’m guessing you heard a lot about artists like Claude Monet, Pablo Picasso, Jackson Pollock, Andy Warhol, and Donald Judd. Sound familiar? I thought so. Now what do all these artists have in common? They’re incredibly talented artists? They went down in history? Yes and yes, but they’re also all men. Like most genres of history, men tend to be in the spotlight of the art history world. That’s why I’m here. Welcome to your history lesson on the legendary women of the art world.

(I have to preface that all the information I’m about to share with you has been learned in Art 242 so shout out to Dr. Kraus)

Eva Hesse is a name you might have heard before. Hesse was a very famous abstract expressionist artist during the 1960s. She’s most widely known for her sculptures that explored materials and gender with their often very sensual forms.

Hesse was originally from Germany, but her family fled to New York to escape Nazi Germany. In New York her parents divorced and shortly after, Hesse’s mother commited suicide. Hesse’s difficult childhood left a deep wound that was often explored and reflected in her work.

As if overcoming her traumatic childhood isn’t inspiring enough, what I admire most about Hesse is her journey to becoming the wildly successful sculptor she is remembered as today. Most of Hesse’s early works were not sculptures, but paintings. It took Hesse quite a while to find her niche in sculpture and as an aspiring artist I find this incredibly reassuring. Reading about all these famous artists, I think it’s easy to feel like these people really had their lives figured out. Hearing about Hesse’s struggle to find her artistic style was a breath of fresh air and a nice reassurance that it’s okay to not know what you’re doing.

Hesse’s life was incredibly short, she died at the age of 34 from a brain tumor. The amount of work Hesse created in her lifetime is just another reason to be inspired by her. I highly recommend watching the Eva Hesse documentary, if you want to learn more about Hesse’s life and her art.

Kara Walker is an African American artist that is most widely known for her silhouette pieces that explore race and gender inequality. With a similar story to Hesse, Walker thought for the longest time that she wanted to be a painter, before finding her style with paper cut outs. Looking back, Walker believes that she was so determined to be a painter because in the art world that is what is often associated with success and power.

What I love about Walker’s art is how ironic it is. Her use of all black or white paper causes all her characters to look the same. To distinguish race or gender in her pieces, Walker emphasizes offensive and stereotypical characteristics of either a race or a gender. The way that Walker depicts African Americans can be related to how white people would offensively represent black people in minstrel shows. Walker creates her characters like this not to be offensive, but to ironically callout these stereotypes.

Though paper has become her signature medium, Walker is not one to shy away from experimentation. She’s created a monumental sphinx like women entirely made out of sugar, to comment on sugar’s not so sweet history. The giant sphinx was installed in an abandoned Domino Sugar factory that was scheduled to be demolished. Walker’s transformation of the space is jaw dropping, and definitely worth checking out.

Last but not least is the incredibly gutsy Marina Abramović. Abramović is commonly referred to as the “Grandmother of Performance Art,” a title she irrefutably deserves. Abramović changed the art world for the better with her performance pieces during the 1970s and she continues to do so.

Many of Abramović’s pieces are difficult to watch because she often physically harms herself or puts herself into danger. Her piece Rhythm 10 is just one of the many examples. She knows no bounds when it comes to art. Her bravery, perseverance, and willingness to do anything for her work is, in all honesty insane, yet admirable.

In pieces like The Artist Is Present, Abramović put her body through such unimaginable physical strain. To be able to sit in one spot for hours and hours, day after day, sounds impossible to me. I can barely sit through a 50 minute class! Her self control and discipline is unmatched, and her ability to be so in touch with her mind and body is incredible to me.

I cannot emphasize enough how incredibly crazy, cool, and epic this woman is. I strongly recommend watching the documentary on Abramović and her work at MOMA called Marina Abramović: The Artist is Present. This documentary was fascinating to me and in the end it had me laughing and crying. If an almost two hour documentary isn’t your style then I suggest checking out Jay-Z’s Picasso Baby music video. The video is clearly inspired by Abramović’s performance piece mentioned earlier, and she even makes an appearance in the video.

These three women are only a small glimpse into the world of influential women artists and just a few of my favorites. Thank you for willingly coming to my history lesson and I hope this inspires you to dig deeper into the women of art history. 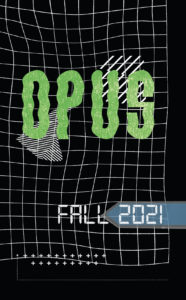 Prev. article
Where is your creative space?
Next article
Is Opus important? (Yes, I think it is.)
TOP